Renowned for the amazing temples of Angkor Wat, Cambodia is equally famous in birding circles for the number of rare species found nowhere else on earth. Fortunately, conservation organisations reached the country in time to help save the unique diversity of birds and mammals that make Cambodia their home. Several important discoveries, in particular a good population of the stately, Critically Endangered Giant Ibis, White-shouldered Ibis, Bengal Florican and Endangered White-winged Duck. Newly described species are represented by Mekong Wagtail and Cambodian Tailorbird. Finally, a camping expedition into the mountains will give us an opportunity to search for Cambodian Laughingthrush, Cambodia's second true endemic, and Chestnut-headed Partridge, yet another near-endemic, and Blue Pitta, Moustached Barbet and plenty of other species not recorded elsewhere during the tour. Cambodia also offers the opportunity to search for several other species that are difficult to see elsewhere including Manchurian Reed Warbler, Chinese Grassbird, White-rumped Falcon, Black-headed Woodpecker, Asian Golden Weaver and a plethora of wintering migrants.

‍Day 1:
International arrivals into Siem Reap International Airport. Night in Siem Reap.
‍
Please note: Those wanting to spend more time visiting the temples of Angkor are recommended to arrive at least in the morning or the day before, please contact us for further details as we can arrange for a temple guide to show you around, or just a vehicle or tuk-tuk.

In the afternoon we head out to the grasslands on the edge of the Tonle Sap for birding, in search of the migrants that inhabit the grass and bushlands along the northern edge of the Tonle Sap floodplain - Siberian Rubythroat, Lanceolated, Pallas's Grasshopper, Manchurian Reed, Black-browed and Oriental Reed Warblers, Richard's Pipits, and maybe even Yellow-breasted Buntings too. We also have our first opportunities at seeing Bengal Florican too.
Night in Siem Reap.
‍
‍Day 3:
Morning in search of Bengal Florican, along with Manchurian Reed Warbler and other grassland specialities, while Sarus Crane is also possible. In the mid-morning we head north into the remote Preah Vihear province. This province is home to some of the rarest species in southeast Asia. The landscape is dominated by open, dry savannah interspersed with extensive tracts of deciduous forest along the waterways. Depending on recent news, we either head directly to Tmatboey for ibis's, or we spend a night at Prey Veng, for a dusk vigil hoping White-winged Ducks fly into roost. Night in Prey Veng.
‍
Day 4:
After a morning at Prey Veng will be spent largely in search of White-winged Duck, which is best searched for at dawn and dusk, leaving us plenty of time for birding in between. In addition to the duck we have our first chance to find Giant Ibis, along with a variety of other species including several woodpeckers, White-rumped Falcon, Collared Falconet, Brown Prinia, Neglected Nuthatch and Collared Owlet. Following lunch, we head across to the centerpiece of the tour, Tmatboey. Tmatboey is a shining light on community-based ecotourism in not just Cambodia, or Asia but the world. For further reading, a pdf is available - http://www.samveasna.org/userfiles/file/WCSCaseStudy-Cambodia-ecotourism-Final.pdf. We have a full afternoon birding where we begin our search for the critically endangered Giant Ibis and White-shouldered Ibis. Night in Tmatboey.

‍Days 5-6:
During our two day at Tmatboey we can hope to see most of our target species. We will walk through the open forest in search of small waterholes, or ïtrapeangsÍ, which offer us the best chance of locating the near-mythical Giant and White-shouldered Ibises, which use these trapeangs to feed. In between visiting these waterholes good numbers of other species will be encountered, including an array of wintering passerines found in large feeding flocks. Up to sixteen species of woodpecker make this forest their home, including the spectacular Black-headed, gigantic Great Slaty and striking White-bellied. Other localised species here include Burmese Shrike, Yellow-footed Green Pigeon, Rufous-winged Buzzard, four species of prinia including the localised Brown Prinia, Blossom-headed, Red-breasted and Alexandrine Parakeets, Indochinese Cuckooshrike, Indochinese Bushlark, Golden-fronted Leafbird, Black-hooded Oriole and White-rumped Falcon. Night-birding is often productive; Spotted and Brown Wood Owls, Collared and Oriental Scops Owl, Brown Fish Owl and Spotted Owlet all being possible along with Savannah and Large-tailed Nightjars. Night at Tmatboey.

‍Day 7:
After a final mornings birding in the area we head east, over the Mekong to the scenic town of Kratie, situated on the banks of the mighty Mekong River. Late afternoon birding here could produce Asian Golden Weaver, which is in decline owing to extensive habitat loss along with Small Pratincole and PallasÍs Grasshopper Warbler. Night in Kratie.

‍Day 8:
The morning will be spent aboard small boats along the Mekong River to the north of Kratie searching the small-vegetated islands for the recently described Mekong Wagtail. An added attraction while searching for these birds is the small population of the critically endangered Irrawaddy Dolphin, which are resident in small numbers here, and we can hope to be entertained by several of these wonderful creatures. Other bird species could include the declining Grey-throated Martin, Small Pratincole and Pied Kingfisher.
After an enjoyable early morning we shall embark on a drive south then west, to Pursat, with a stop en-route for the recently discovered, and described Cambodian Tailorbird. Night in Pursat.

‍Day 9:
Another recent discovery in Cambodia is Chinese Grassbird, a bird that up until 2012 was only found in recent years in Hong Kong. After we rediscovered them in Myanmar on tour in 2012 the species then got discovered shortly after in Cambodia. Hopefully we will find them singing in the vast expanse on grasslands that remain in this seldom-visited area, with a range of wintering passerines including Manchurian Reed Warbler and Yellow-breasted Bunting. We also have another chance of Asian Golden Weaver and Small Buttonquail. In the late morning we depart, arriving on the edge of Aural mountain in the evening. Night near Mount Aural.

‍Day 10:
Following a very early predawn drive we begin our trek into the Cardoman Mountains, trekking up to our 1100m camp in search of the second of Cambodia’s true endemics, the Cambodian Laughingthrush. The hike up along a forest trail will be hot and sweaty but hopefully worth it, as the laughingthrush has been seen by very few birders. Indeed, it was James and Rob who trail-blazed the site in search of the Cambodian Laughingthrush in 2005, and in the process found several other species we will be keen to find, including Chestnut-headed Partridge, Blue Pitta, Indochinese Green Magpie, Coral-billed Ground Cuckoo and, at night the possibility of Oriental Bay Owl and Mountain Scops Owl. Camping.

‍Days 11-12:
We spend two days walking slowly up the trail above and around our camp in search of Cambodian Laughingthrush and all the previously mentioned species, along with a few other rarer forest dwellers that have been recorded here, including Mountain Scops Owl, Blyth’s, Sulphur-breasted and Kloss’s Leaf Warblers and White-tailed Robin. Camping.
‍
‍Day 13:
After breakfast we head back down the mountain then and drive east to Phnom Penh for a welcome shower and final dinner.

Accommodation: comfortable twin-bed, and single rooms, all with private facilities except for Mount Aural where we camp in fairly comfortable conditions with full logistical support.

*Please note: single rooms not included at Tmatboey and Prey Veng. If available when on-site that we will provide it at no extra cost.

Walking difficulty: generally easy throughout, with a lot of time under the sun, and scanning.
The highest altitude on the tour is below 1,500m.

Number of endemics and range-restricted species: Cambodia's two endemics, a number of Critically Endangered species, and a handful of near-endemics or species now only likely in Cambodia. 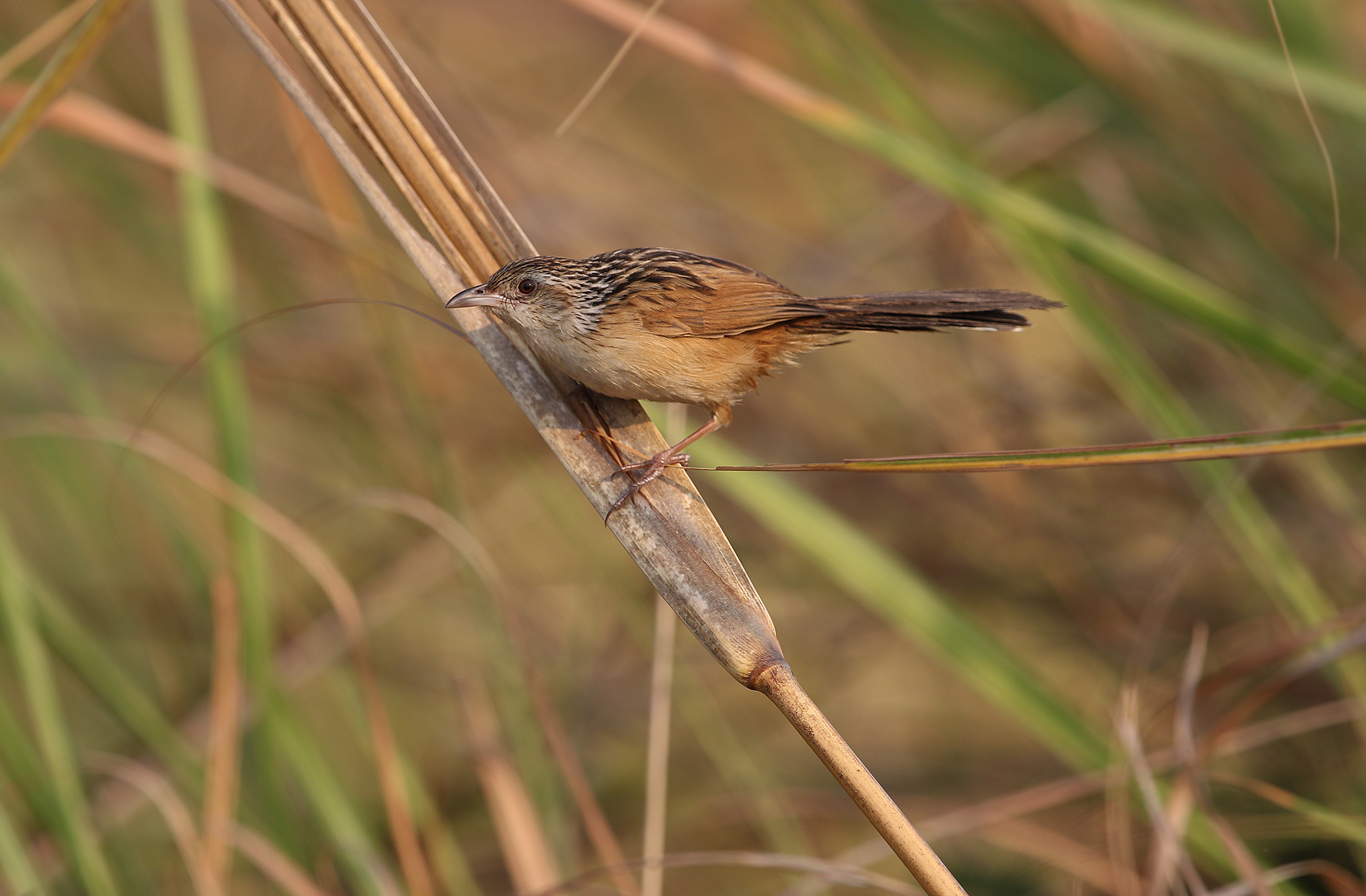 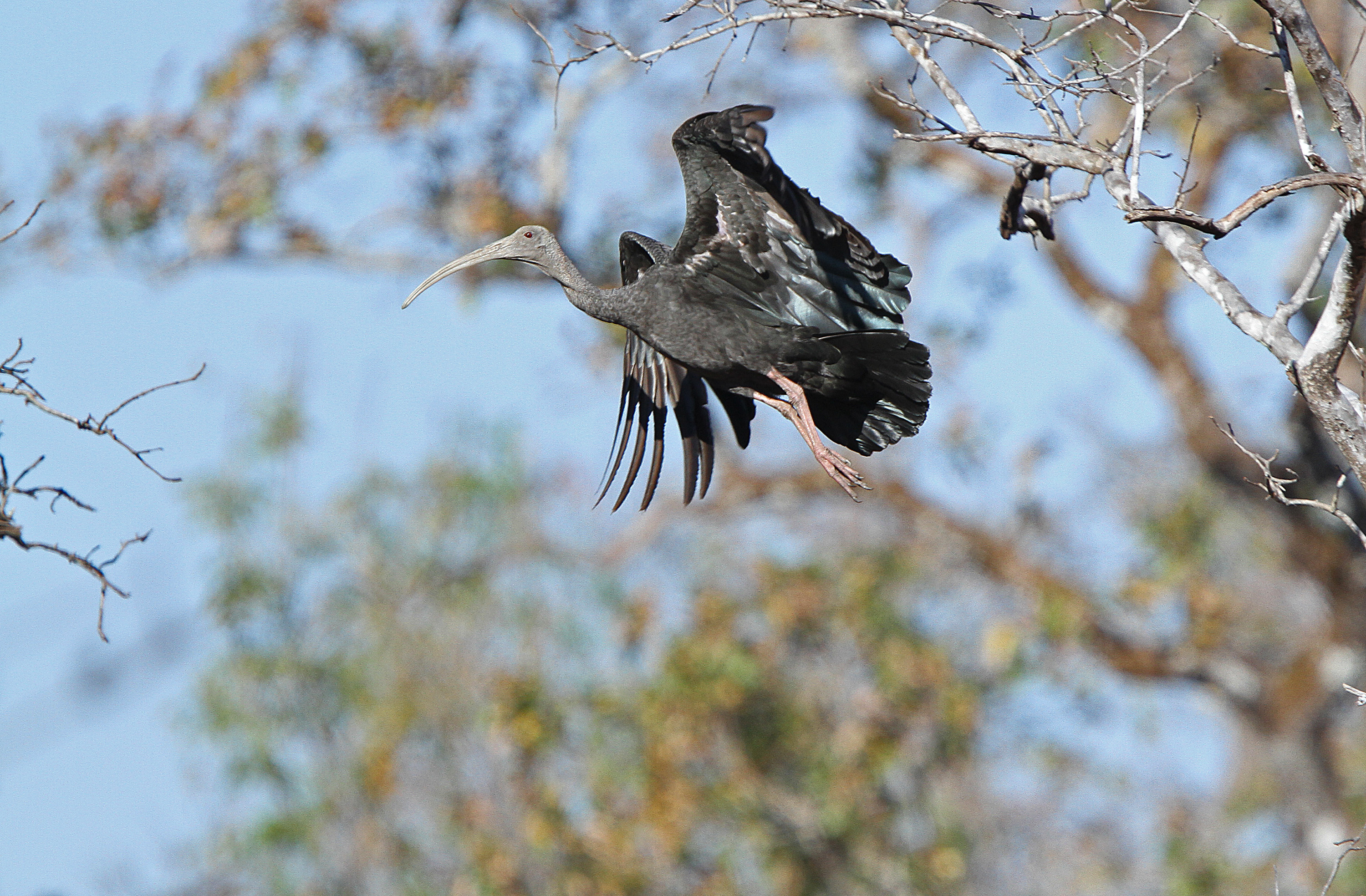 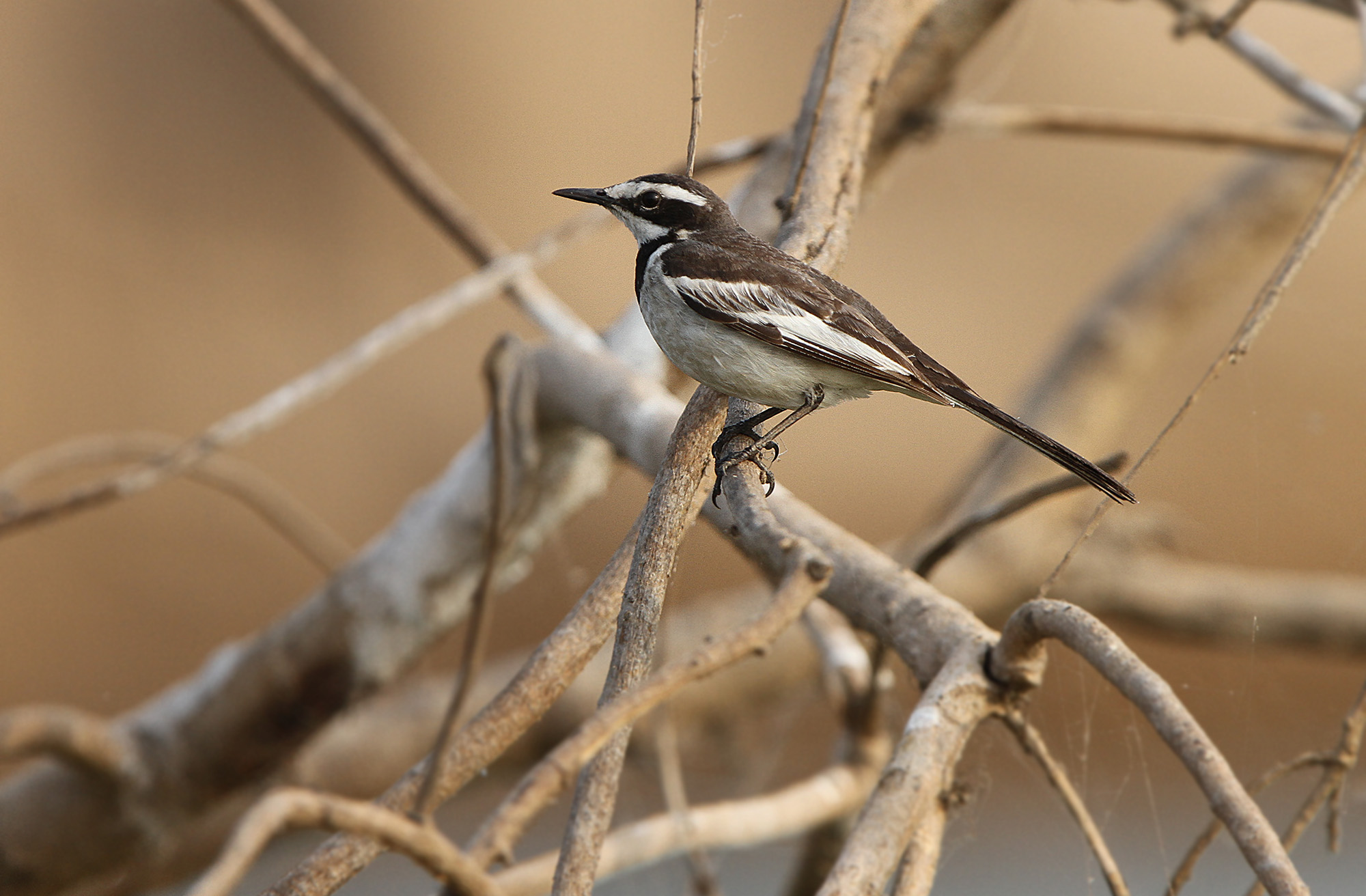 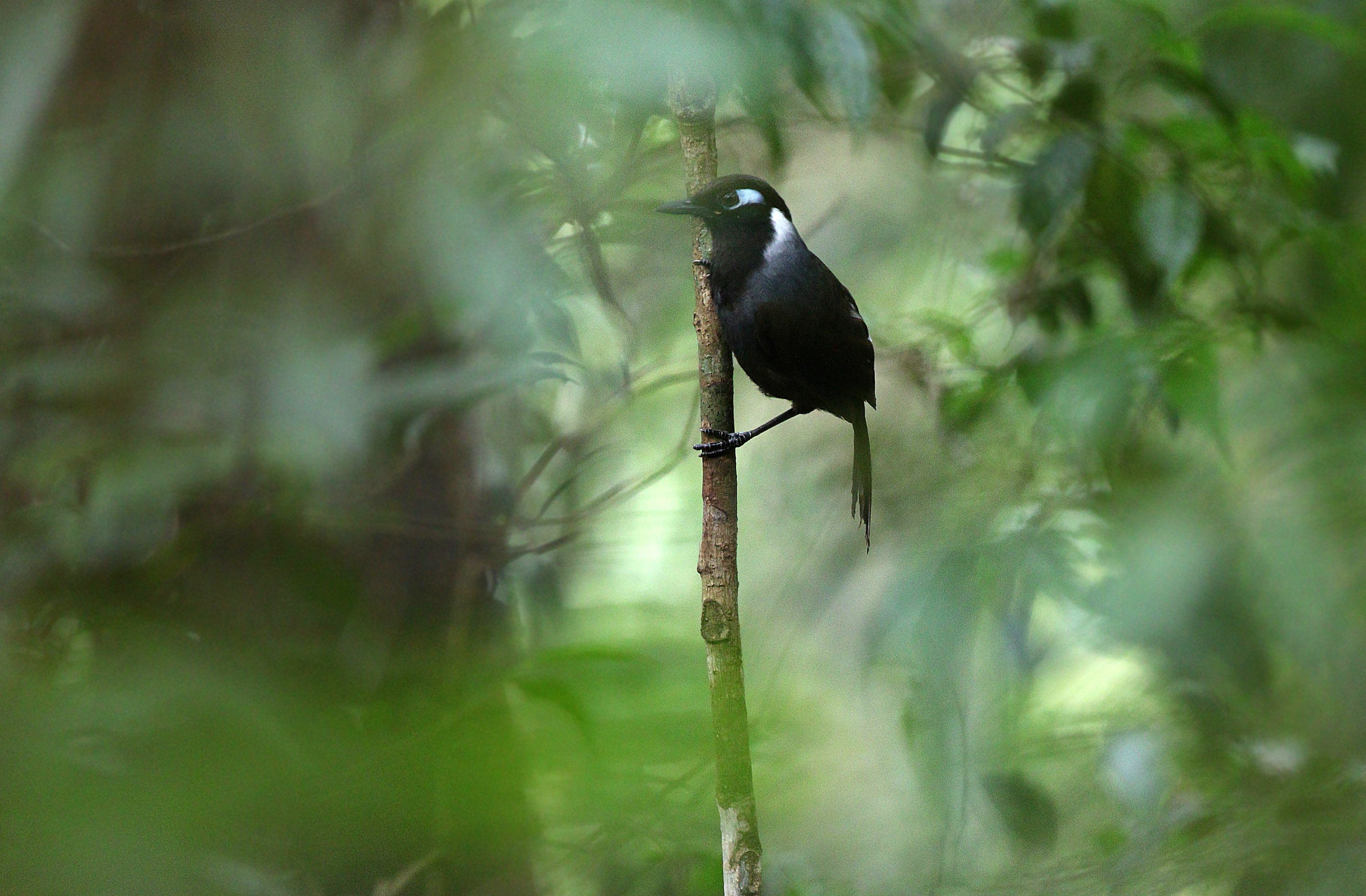 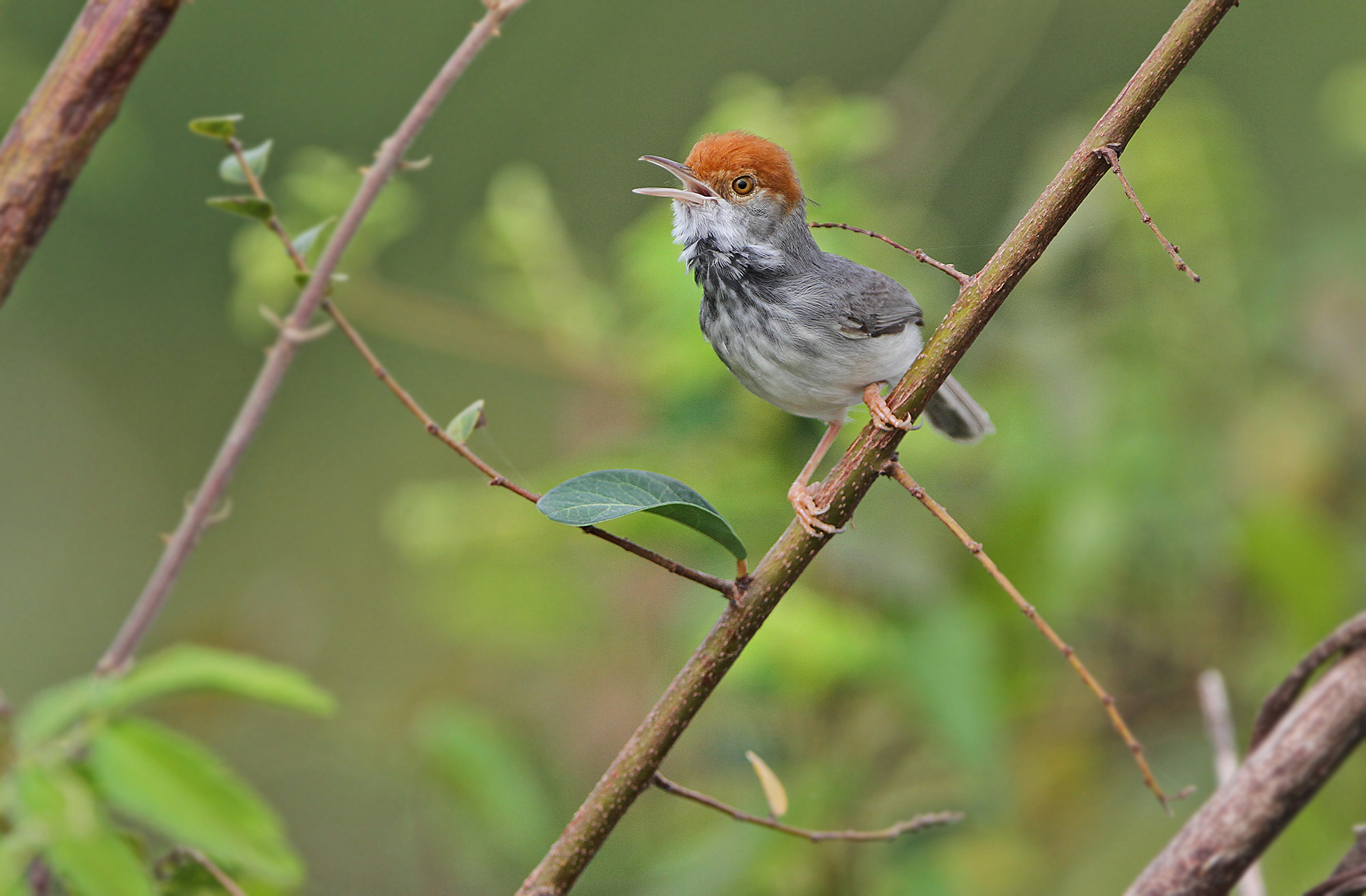 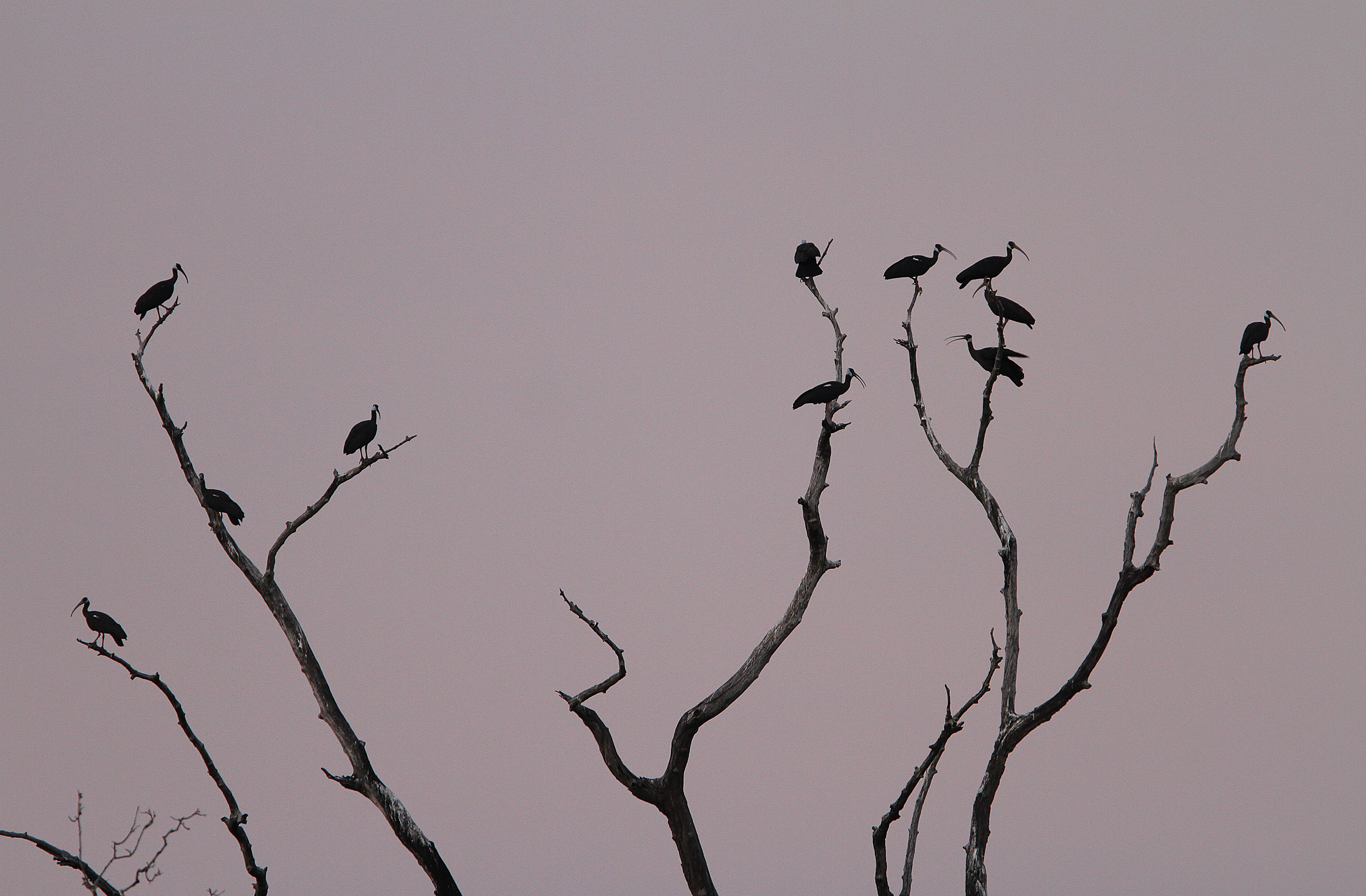 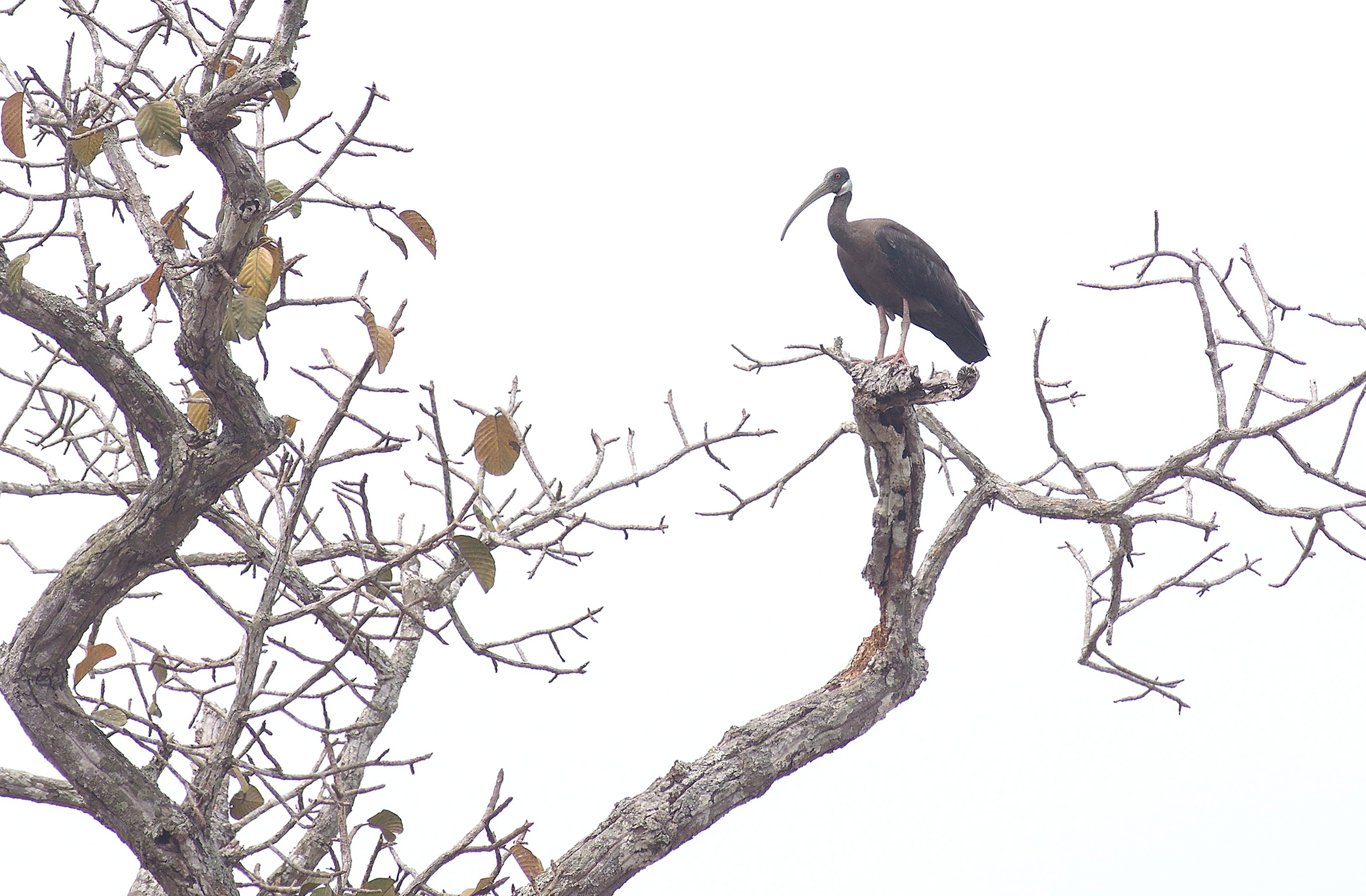 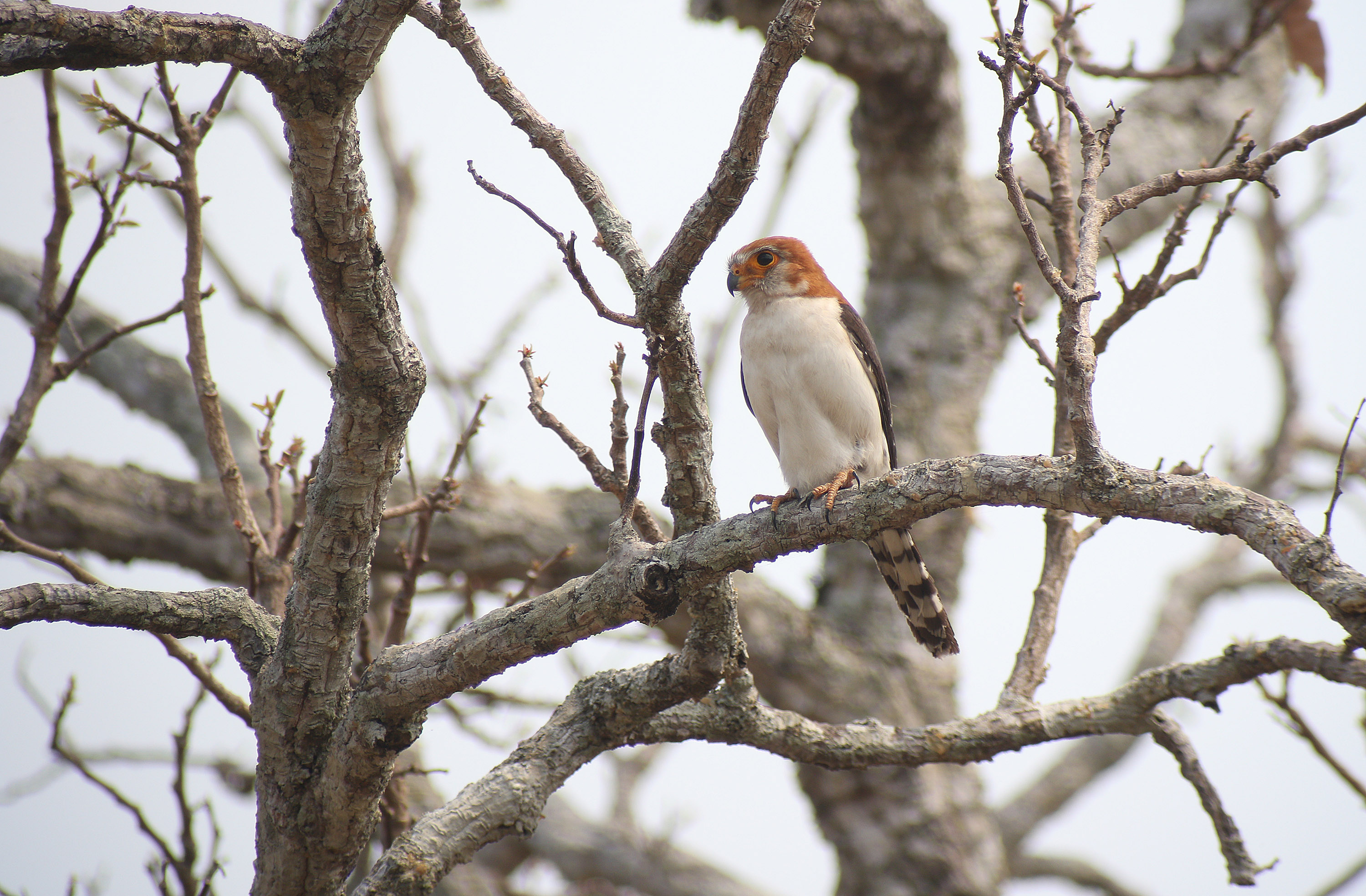 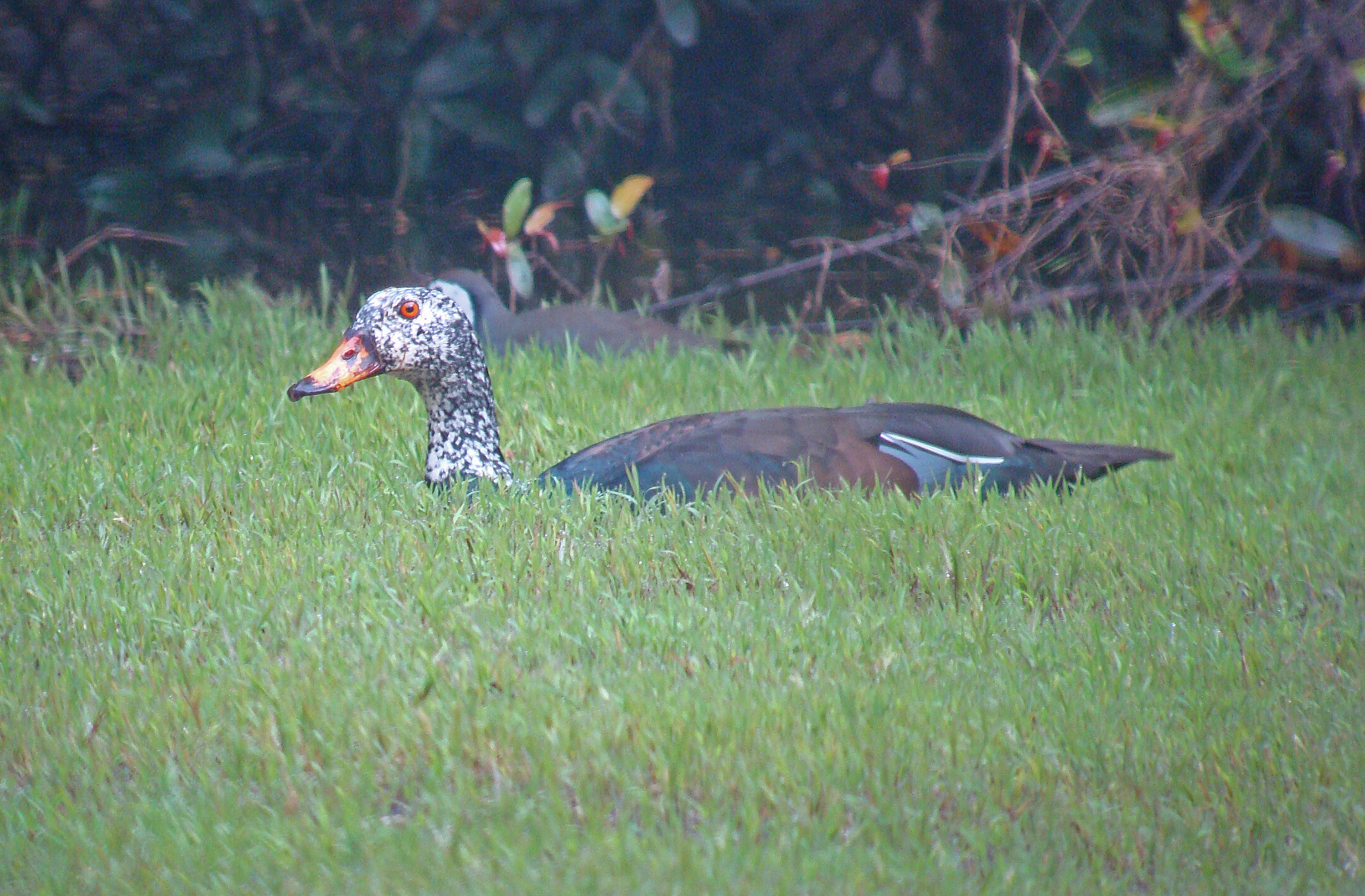 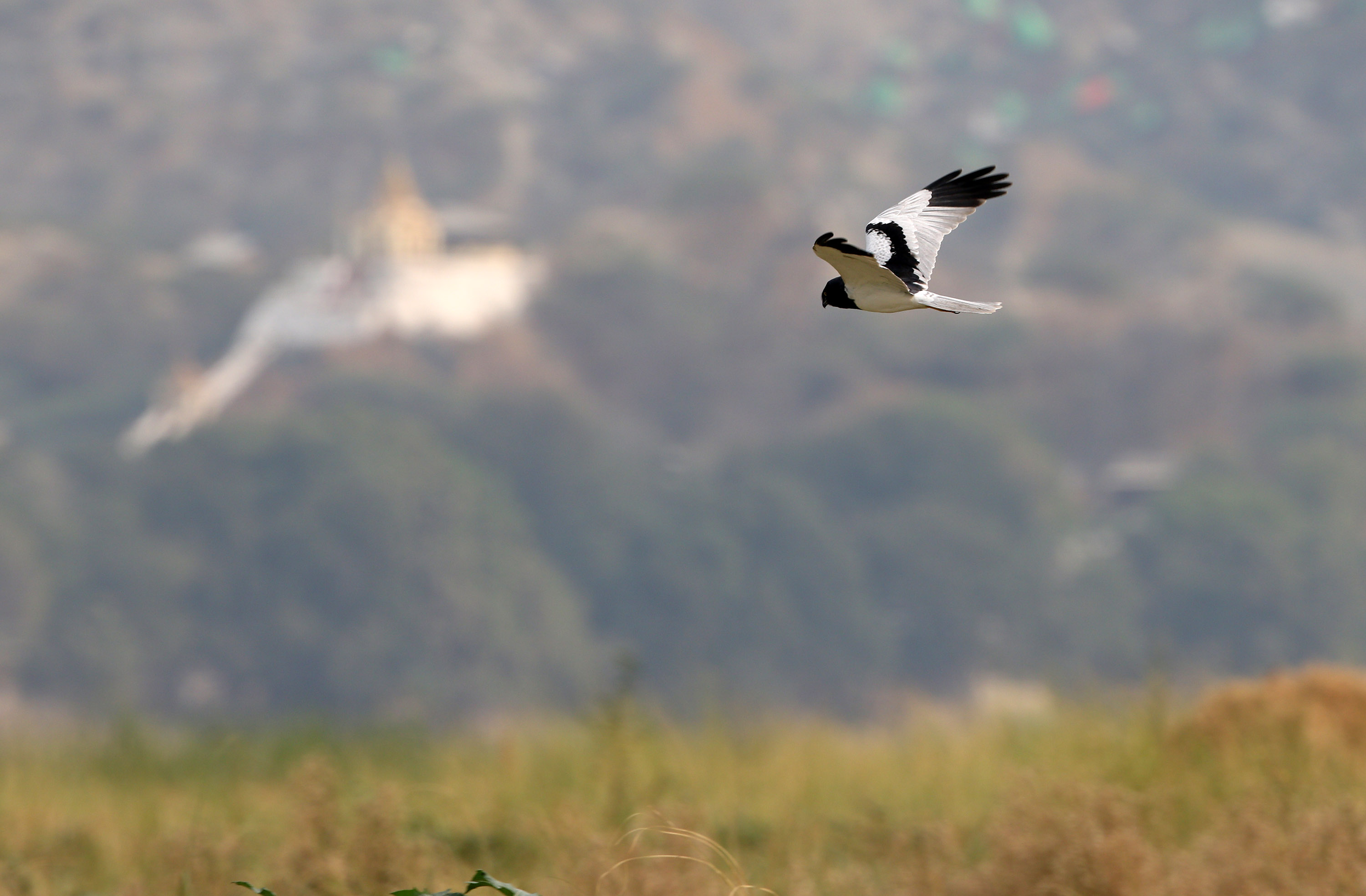 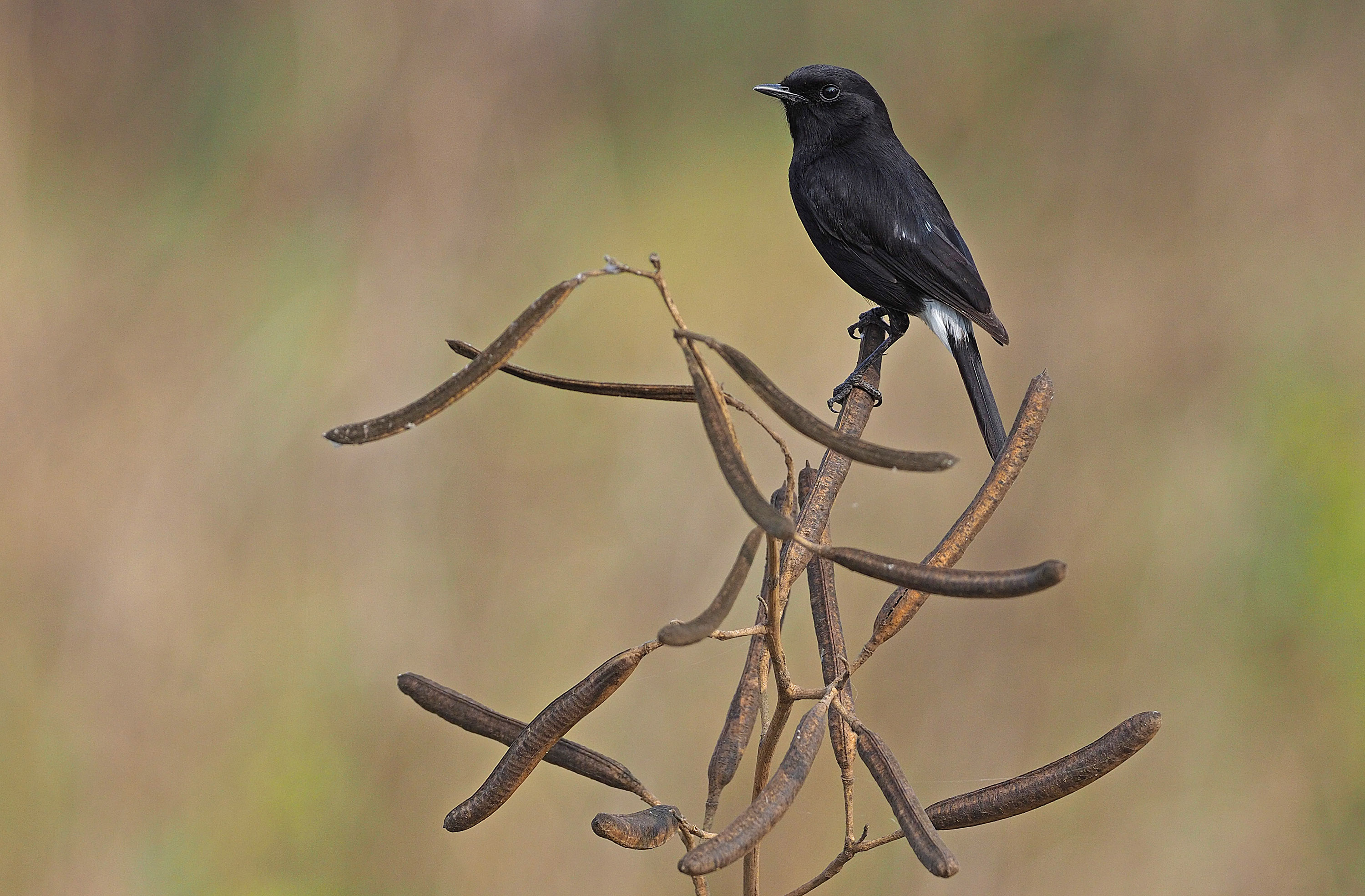 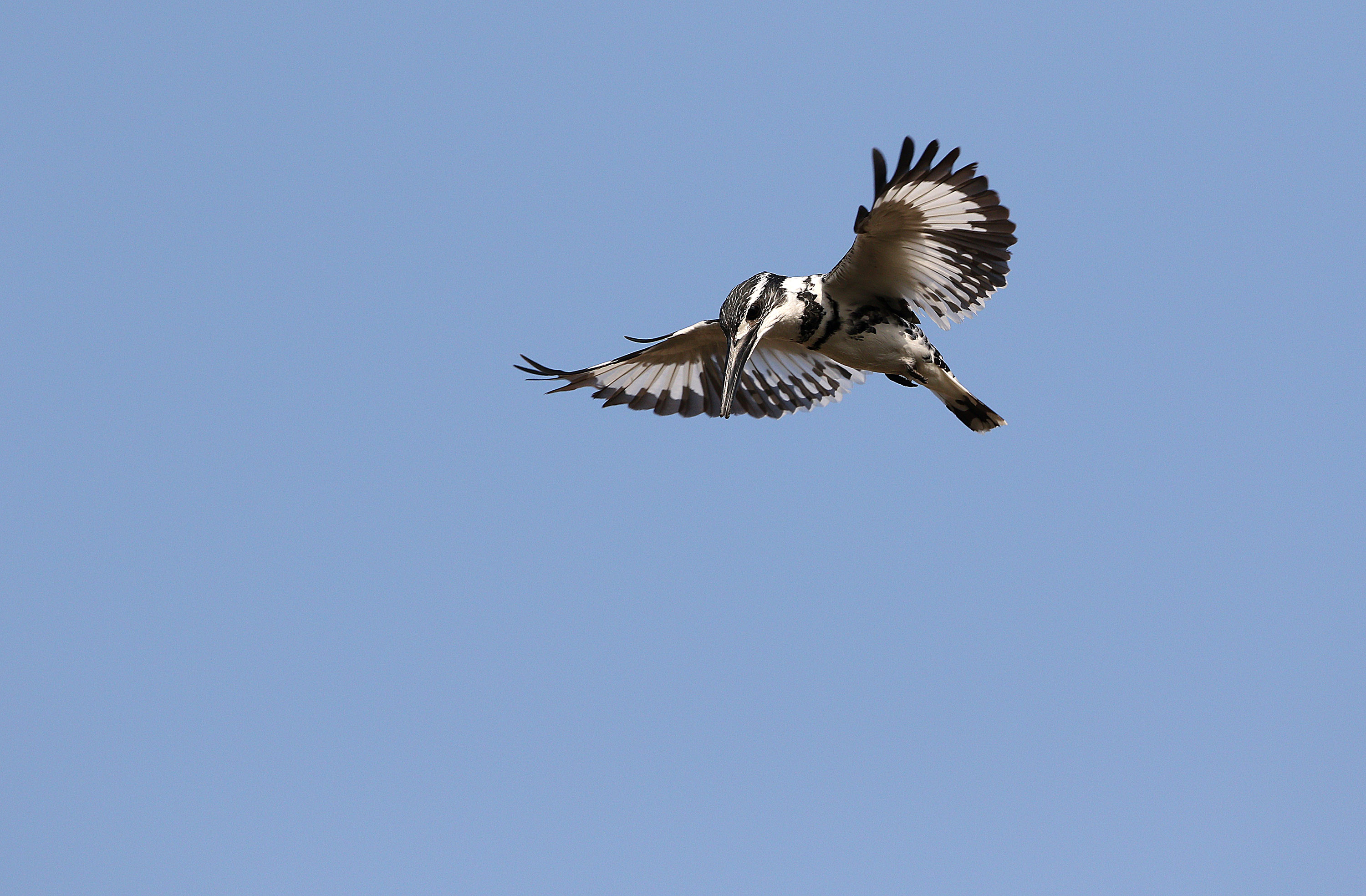 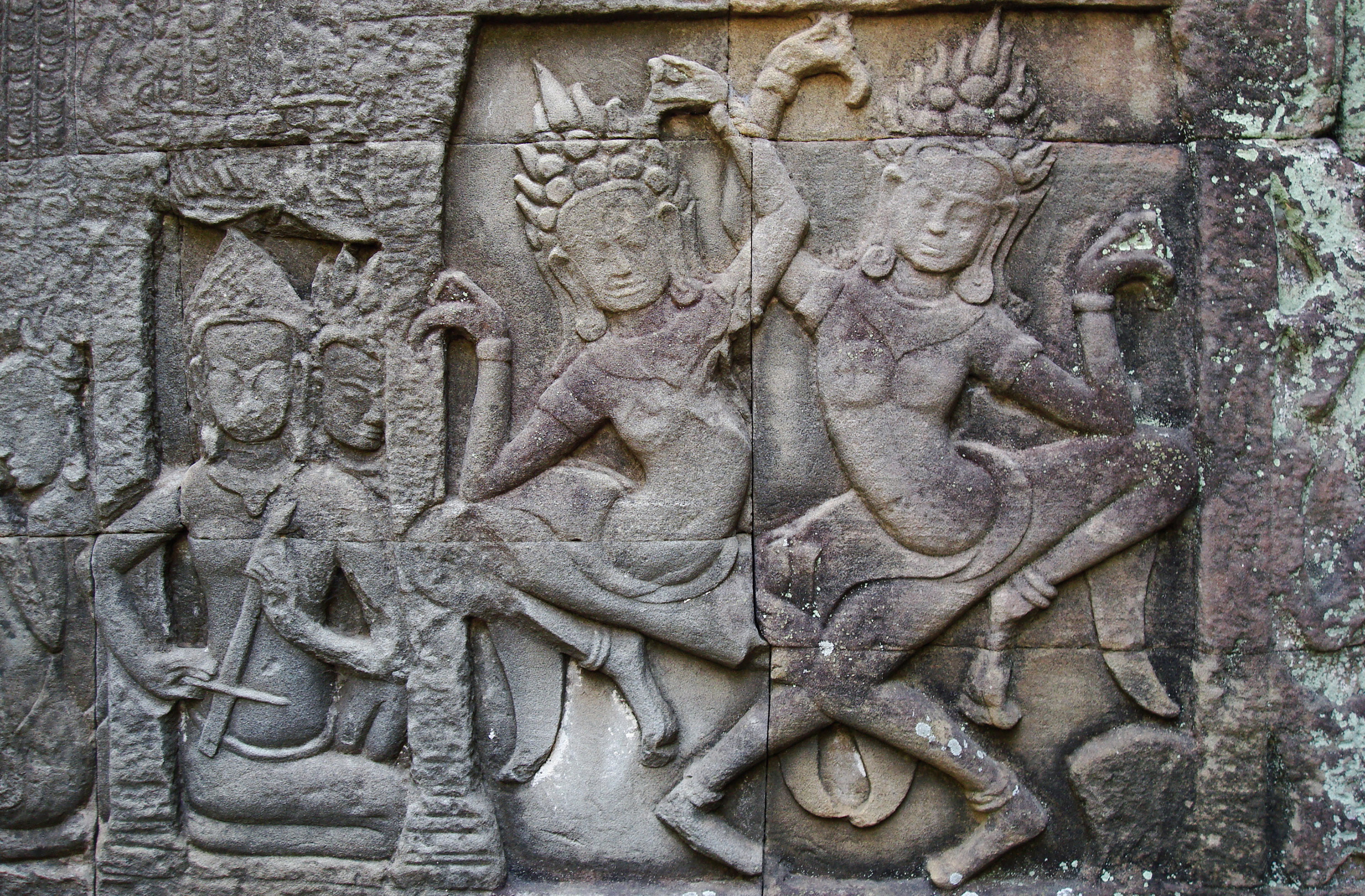 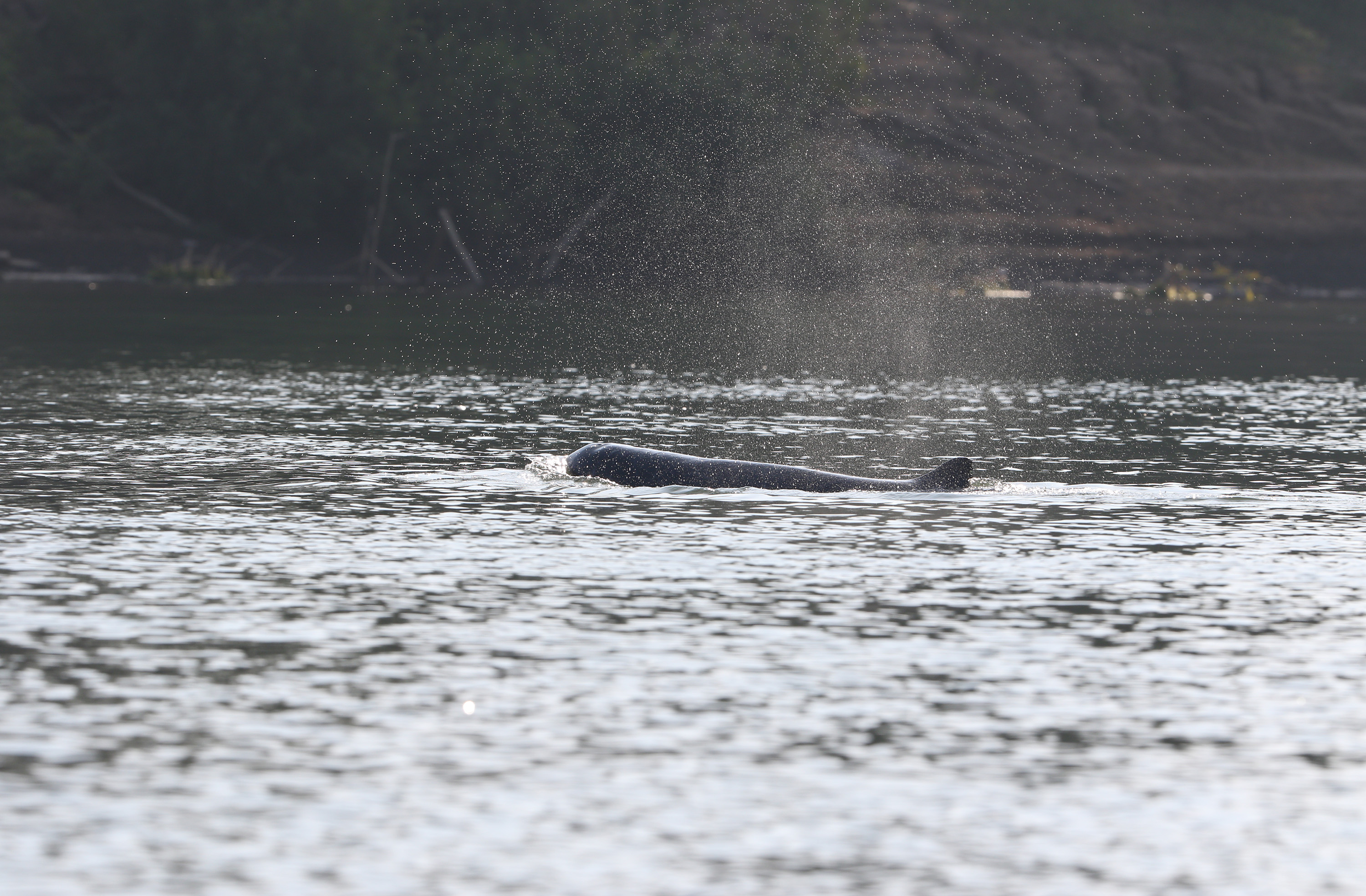 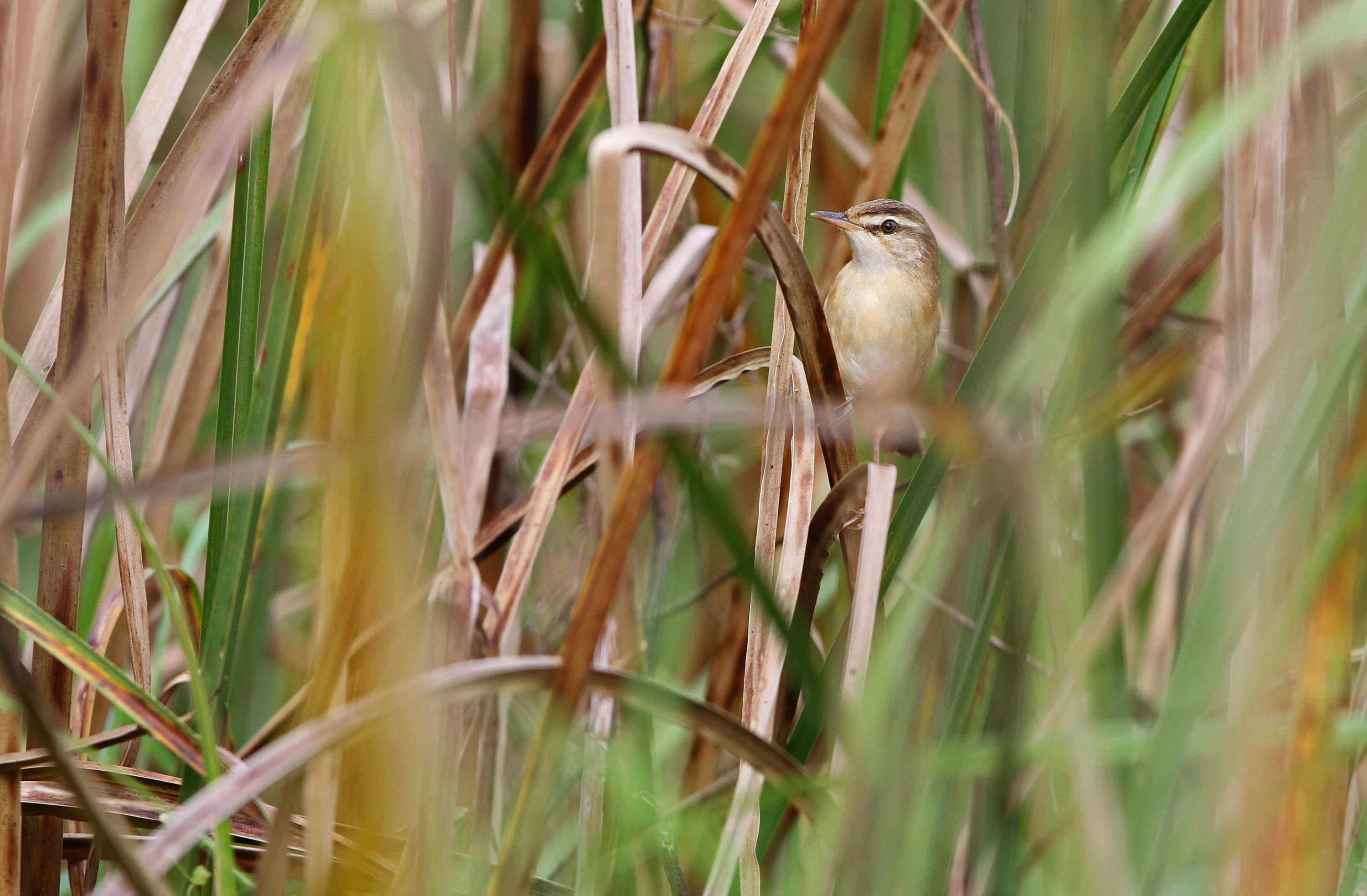 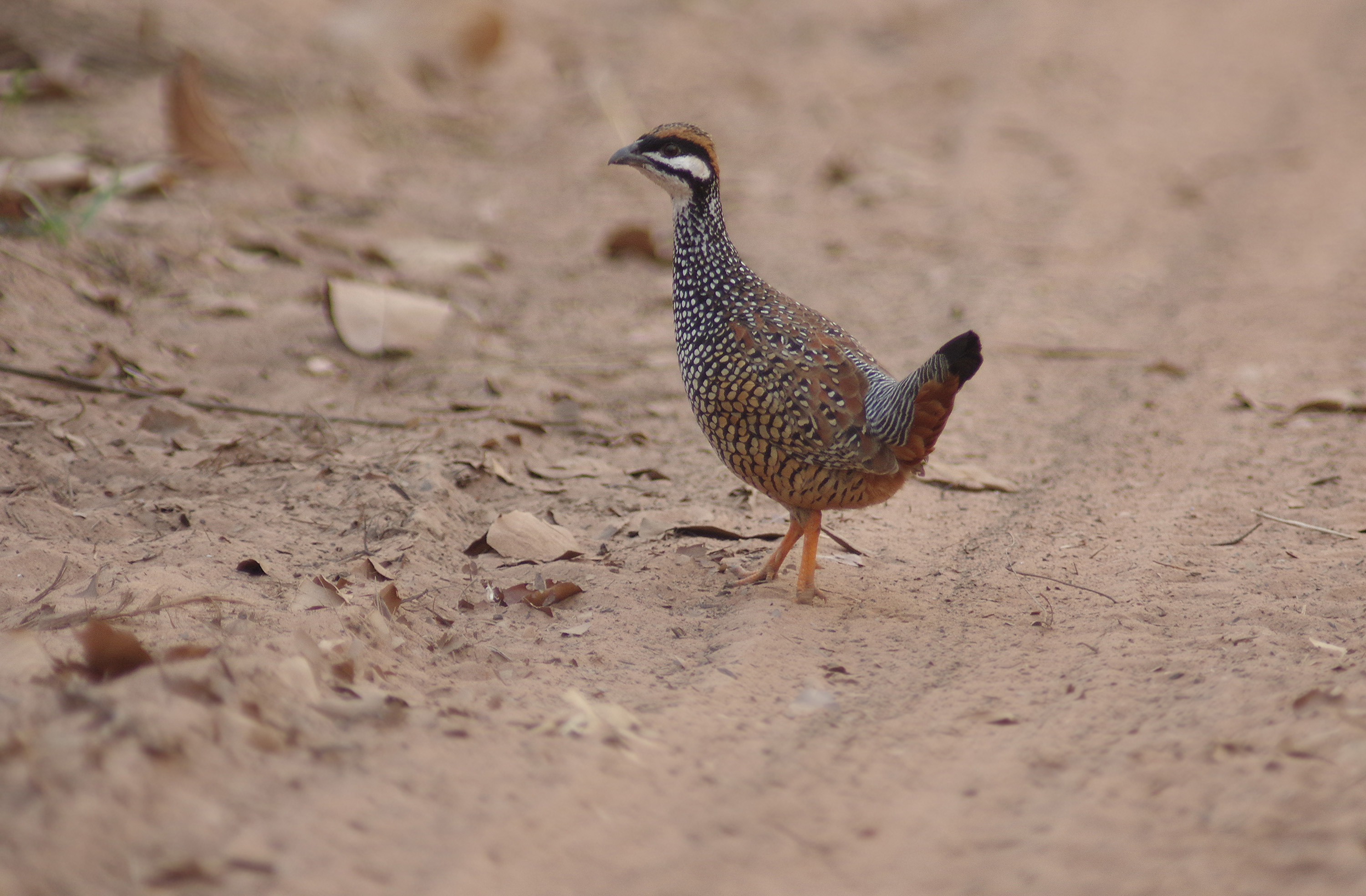 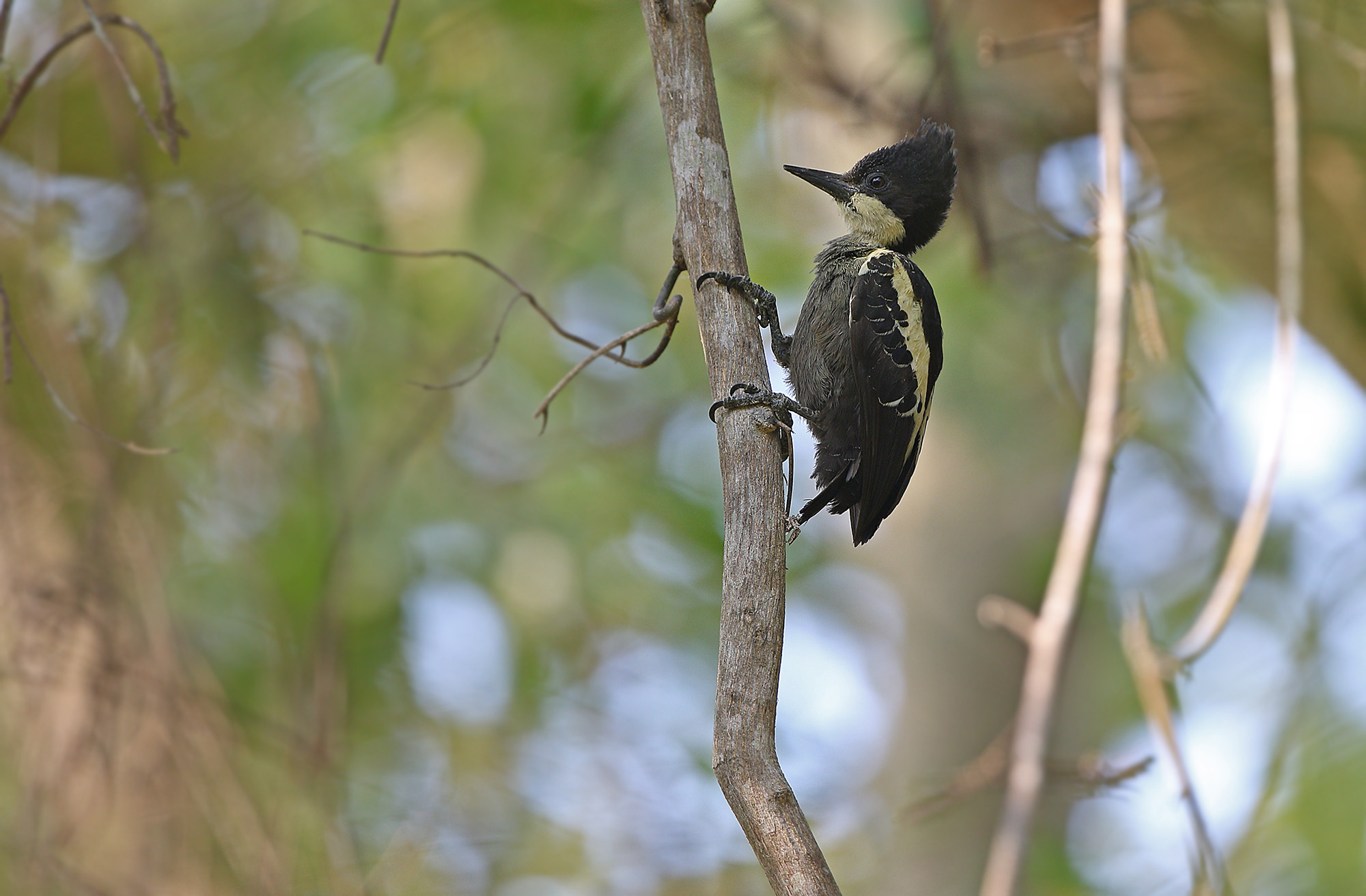 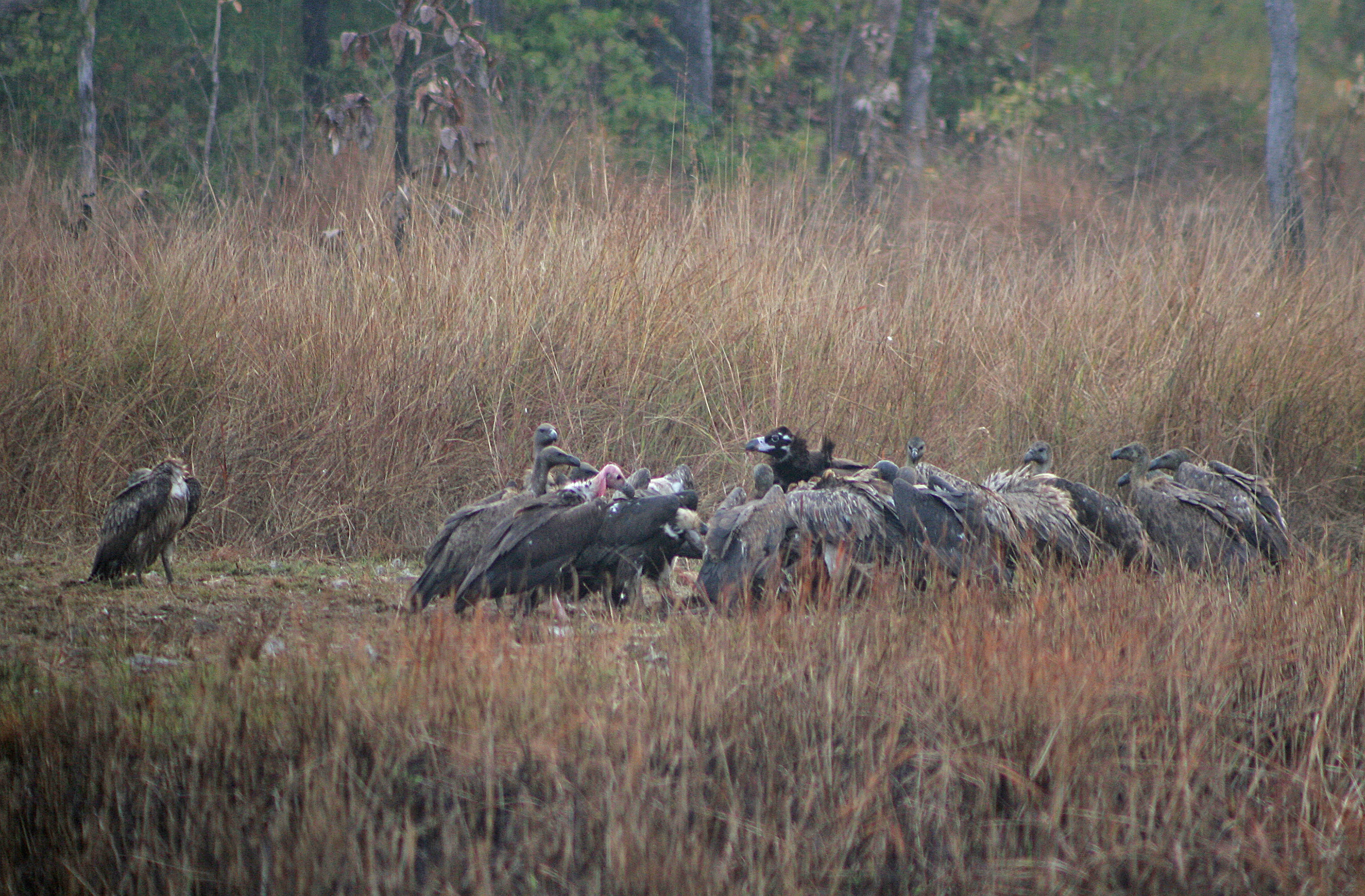 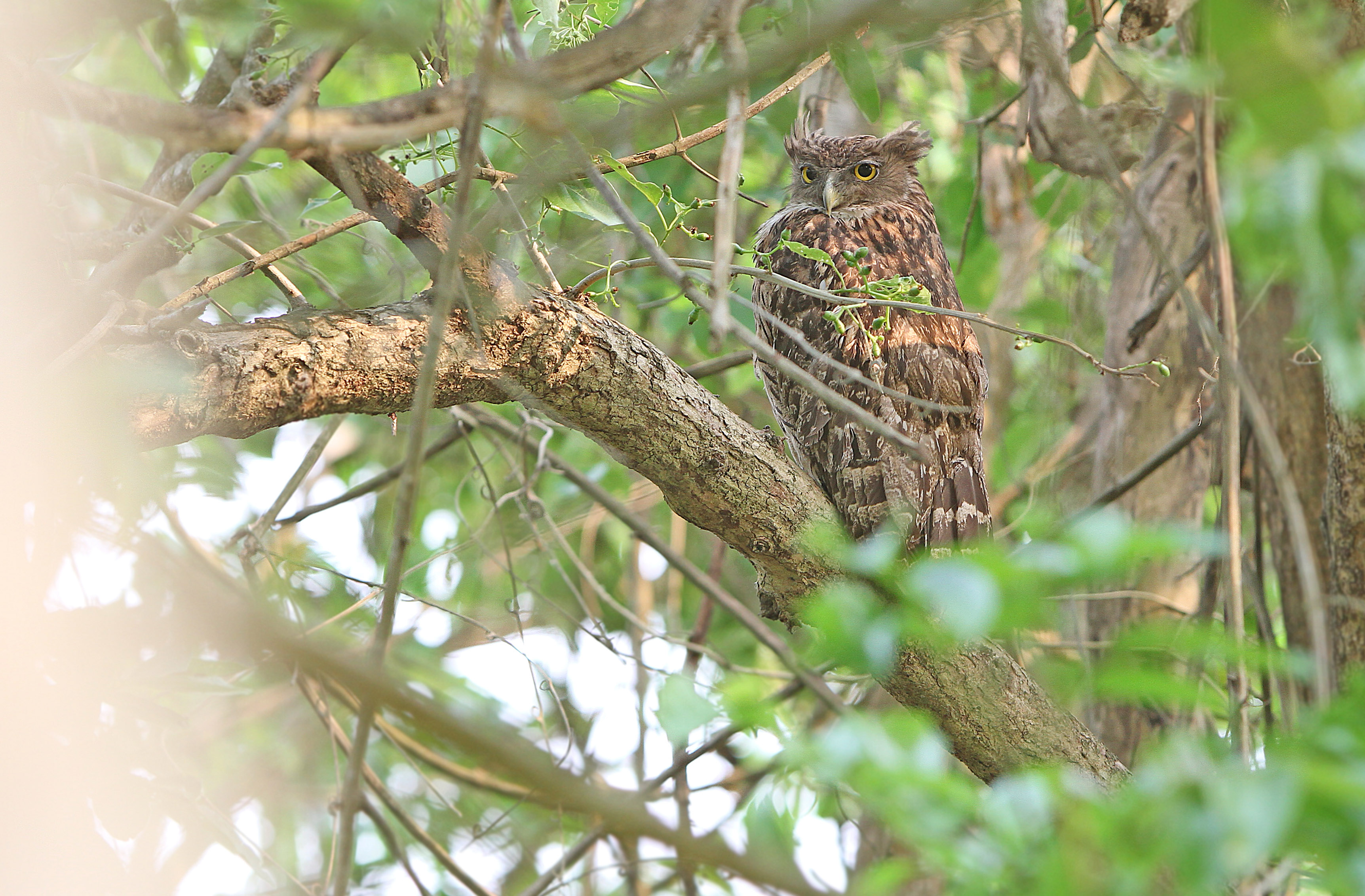 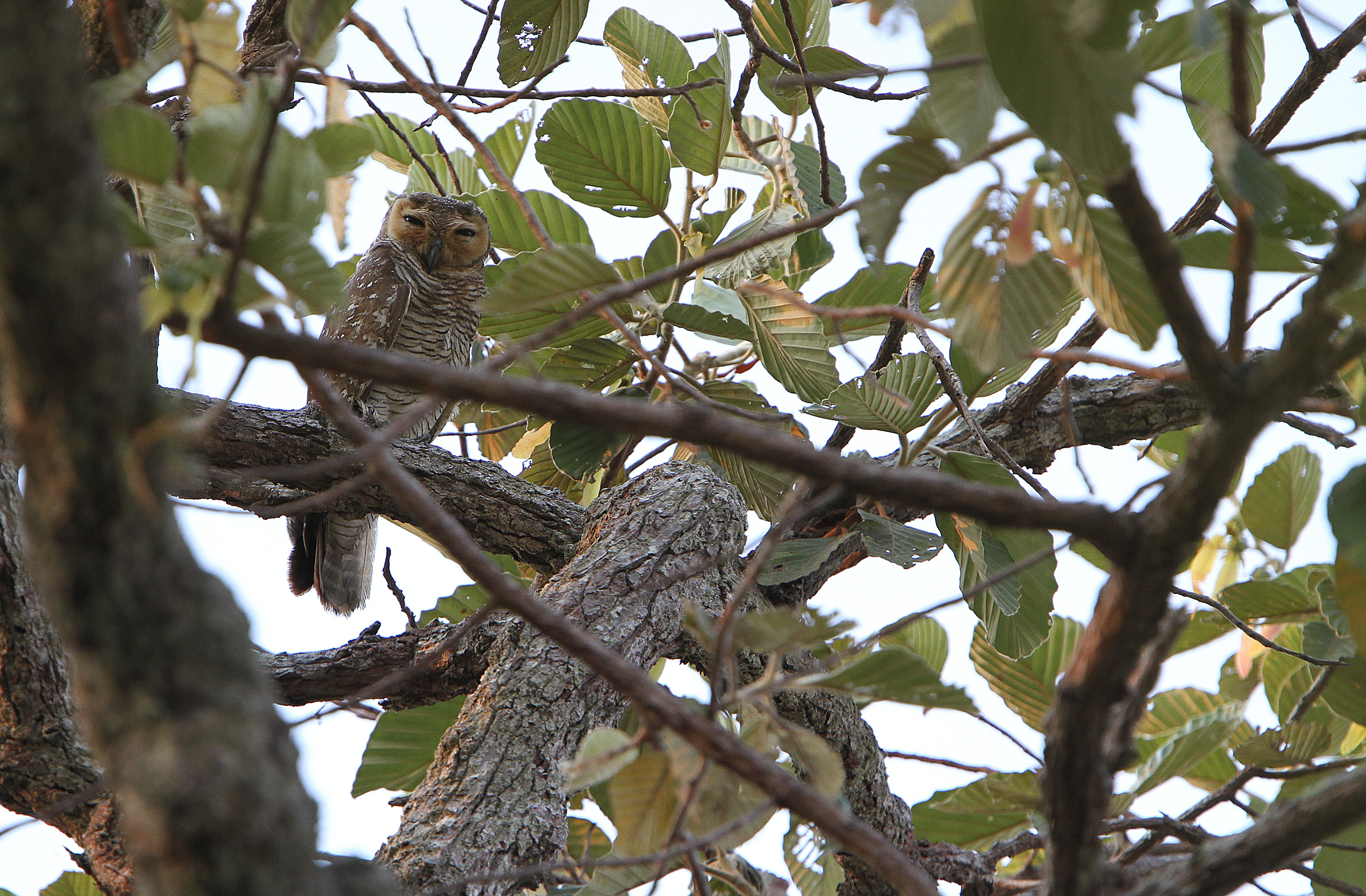 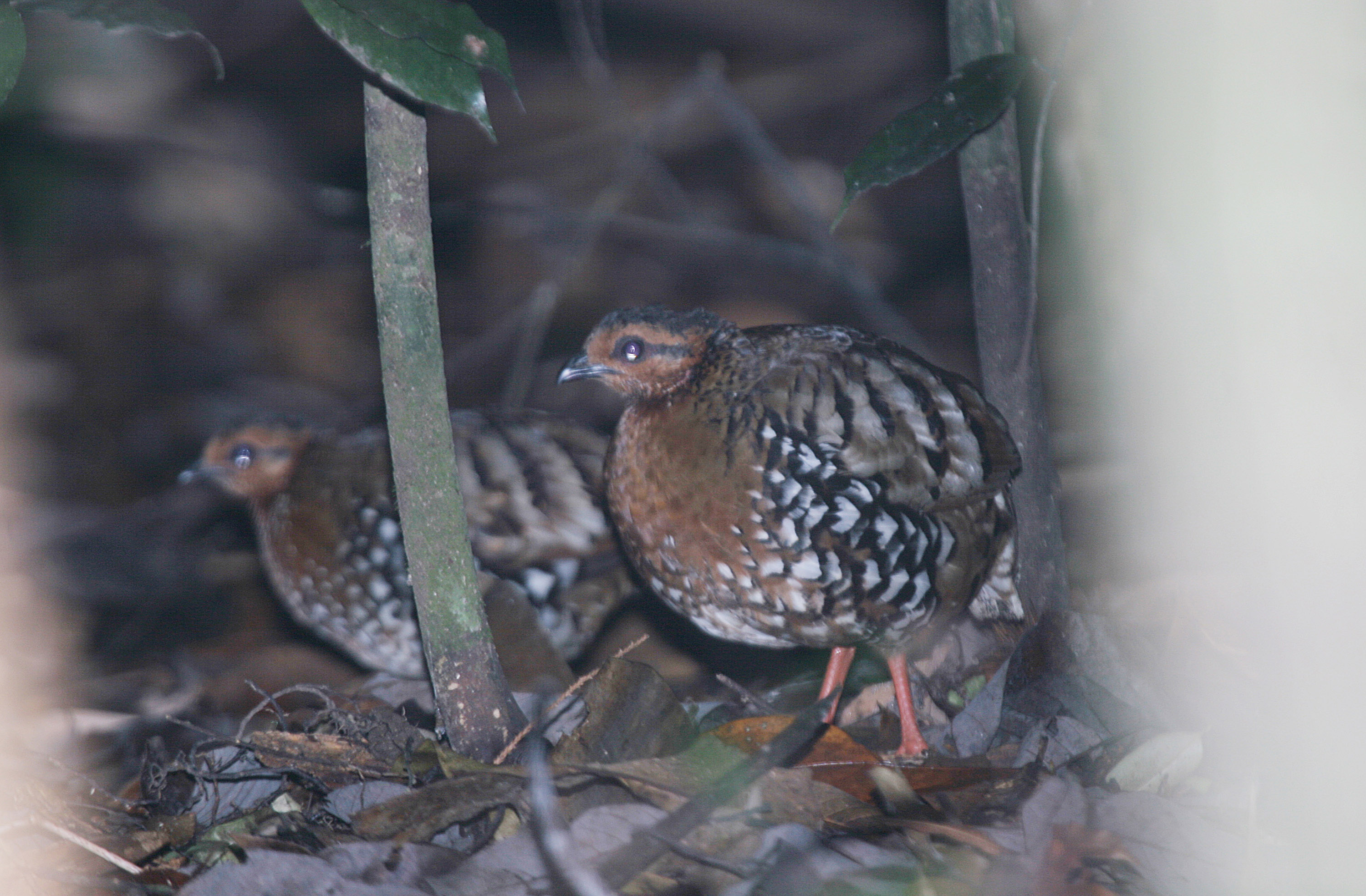 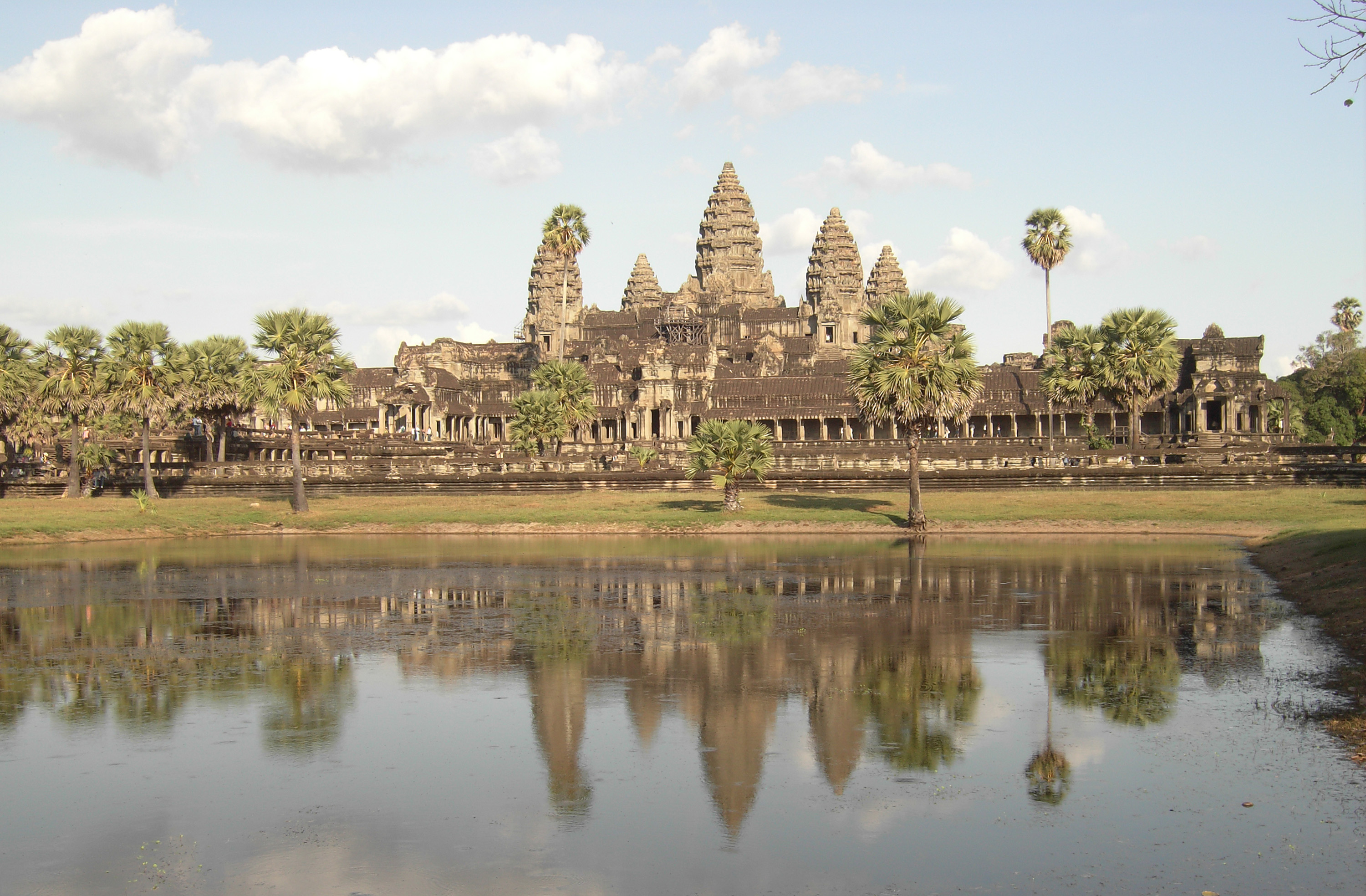